I am very excited about the current state of virtual and augmented reality as it has so much potential in a lot of different areas.

Thursday was the Convergence Conference in Sydney and a few of us were lucky enough to find the time to go and check it out.

I will have to start with a negative point on the organisation of the conference. Unfortunately it was poor!

I didn’t go to Sydney University, where the conference was held, so I don’t really know my way around it. All the advertising and pre-correspondence was talking about the Refectory at the Sydney University. When we arrived at SU there was no signage pointing us in the right direction, none of the official way finding on campus mentioned the Refectory so it took us a while to find the right building.

Registering for the event was pretty straight forward and we got to listen to some of the speakers. Each speaker only had 10-15 min to speak, which would have been fine, if the tech would have worked properly. Minutes were lost to troubleshoot the clearly faulty HDMI cable and the whole program was running behind quite quickly.

We also signed up for an IoT workshop. For all of you that don’t know what IoT stands for, it’s the Internet of Things, which means that day to day objects get connectivity and can send and receive data/information. We listened to a few case studies from companies that are in the space like IBM, M2MOne and a few others. The idea of the workshop was to solve an every day problem with IoT. My connected beer glass that would have solved my problem of “never to run out of beer” didn’t really make the cut in the end.

But now to the best part of the conference – the exhibitors – being a big part of the property industry, VR, AR and 360 degree photo/videography has a lot of potential and is very interesting to us. So here are a few of the guys we met

Craig from droneheads brought a few of his toys and all of us couldn’t wait to have a good chat to him. These guys are Sydney based and do all kinds of cool drone footage from following a target to 360 degree video. Check out their reel below.

Let me tell you, I felt like a kid in the candy store. 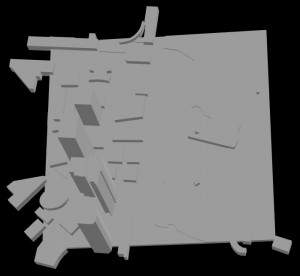 We also met the guys from Transmedia Group, who are currently working on a platform that will be able to push out VR applications to different mediums like HTC Vive, Oculus Rift, Gear VR and so on. And the best part is that you don’t even have to have any coding skills. Especially in the property sector, VR can help the developer really early on. The DA approval process for a project is always long winded and stressful. With VR you can simulate all kinds of different scenarios that are important for the approval process.

It is really good to see that the thinking behind these platform align with our own thinking. My favourite was to try out the new update of Tilt Brush and it showed me again that the HTC Vive is definitely the VR headset that sets the standard at the moment. Being able to crouch down or walk around (even if it only is in a limited 5m x 5m space) makes the immersion into the virtual world just so much more than being static in one point.

I got a lot of inspiration and new ideas at the conference and will definitely return next year. Hopefully the technical issues have been resolved by then.

If you are interested in how VR can help your business, get in touch with me.